"I get inspiration from my everyday life."

"We get strength and encouragement from watching children."

"I don't like games. You're robbing the precious time of children to be children. They need to be in touch with the real world more."

"Humans have both the urge to create and destroy."

"In the past, humans hesitated when they took lives, even non-human lives. But society had changed, and they no longer felt that way. As humans grew stronger, I think that we became quite arrogant, losing the sorrow of 'we have no other choice.' I think that in the essence of human civilization, we have the desire to become rich without limit, by taking the lives of other creatures."

"I've become skeptical of the unwritten rule that just because a boy and girl appear in the same feature, a romance must ensue. Rather, I want to portray a slightly different relationship, one where the two mutually inspire each other to live—if I'm able to, then perhaps I'll be closer to portraying a true expression of love."

"Once you have met someone, you never really forget them."

"Many of my movies have strong female leads—brave, self-sufficient girls that don't think twice about fighting for what they believe with all their heart. They'll need a friend, or a supporter, but never a savior. Any woman is just as capable of being a hero as any man."

"All my films are all my children."

"I can't stand modern movies. The images are too weird and eccentric for me."

"I would like to make a film to tell children 'it's good to be alive.'"

"In order to grow your audience, you must betray their expectations." 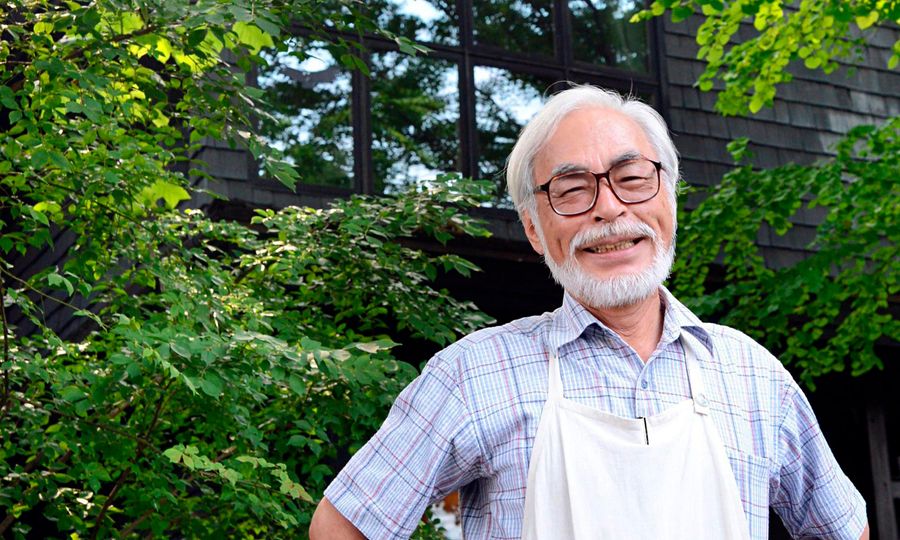 "If [hand-drawn animation] is a dying craft, we can't do anything about it. Civilization moves on. Where are all the fresco painters now? Where are the landscape artists? What are they doing now? The world is changing. I have been very fortunate to be able to do the same job for 40 years. That's rare in any era."

ON THE CREATIVE PROCESS

"The creation of a single world comes from a huge number of fragments and chaos."

"My process is thinking, thinking and thinking—thinking about my stories for a long time."

"I do believe in the power of story. I believe that stories have an important role to play in the formation of human beings, that they can stimulate, amaze, and inspire their listeners."

ON BELIEVING IN ONESELF

"Always believe in yourself. Do this and no matter where you are, you will have nothing to fear."

"It seems like everything that we see perceived in the brain before we actually use our own eyes, that everything we see is coming through computers or machines and then is being input in our brain cells. So that really worries me."

"Do everything by hand, even when using the computer."

"I never read reviews. I'm not interested. But I value a lot the reactions of the spectators."

"Life is a winking light in the darkness."

"Yet, even amidst the hatred and carnage, life is still worth living. It is possible for wonderful encounters and beautiful things to exist."

ON GOOD VERSUS EVIL

"You must see with eyes unclouded by hate. See the good in that which is evil, and the evil in that which is good. Pledge yourself to neither side, but vow instead to preserve the balance that exists between the two."

"The concept of portraying evil and then destroying it—I know this is considered mainstream, but I think it is rotten. This idea that whenever something evil happens someone particular can be blamed and punished for it, in life and in politics is hopeless."

"If you're going to retire, retire early."

"The future is clear. It's going to fall apart. What's the use in worrying? It's inevitable."